FlatFace Fingerboards has been around since 2003 making fingerboards with skill and passion. Take a look at the videos below: 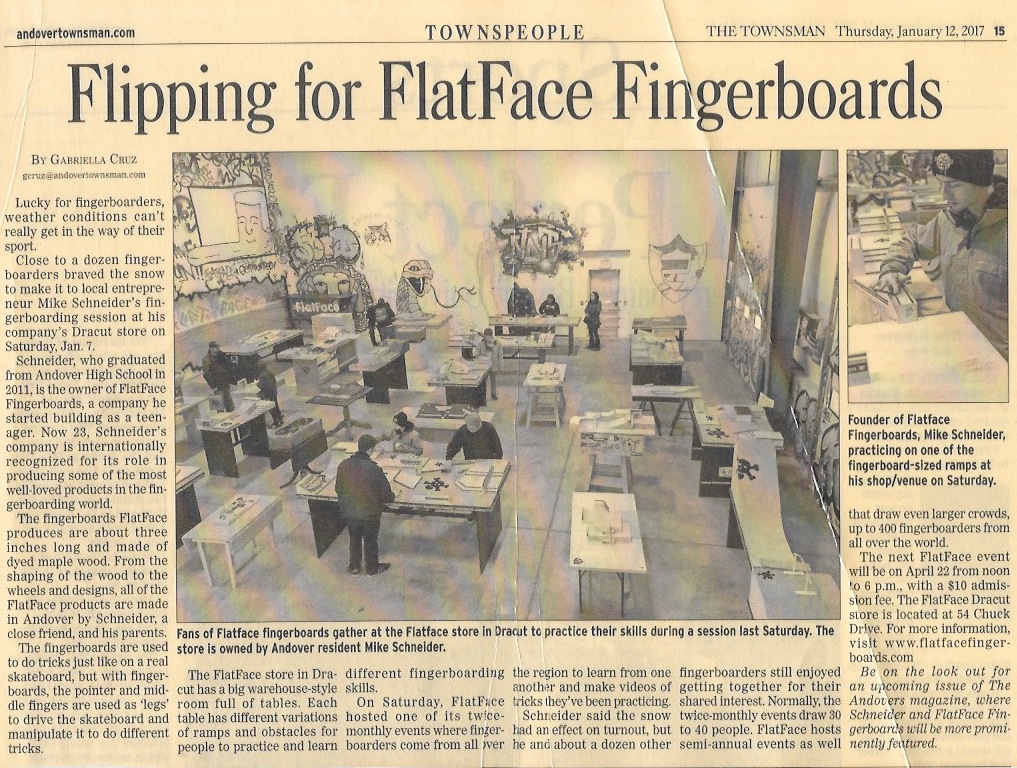 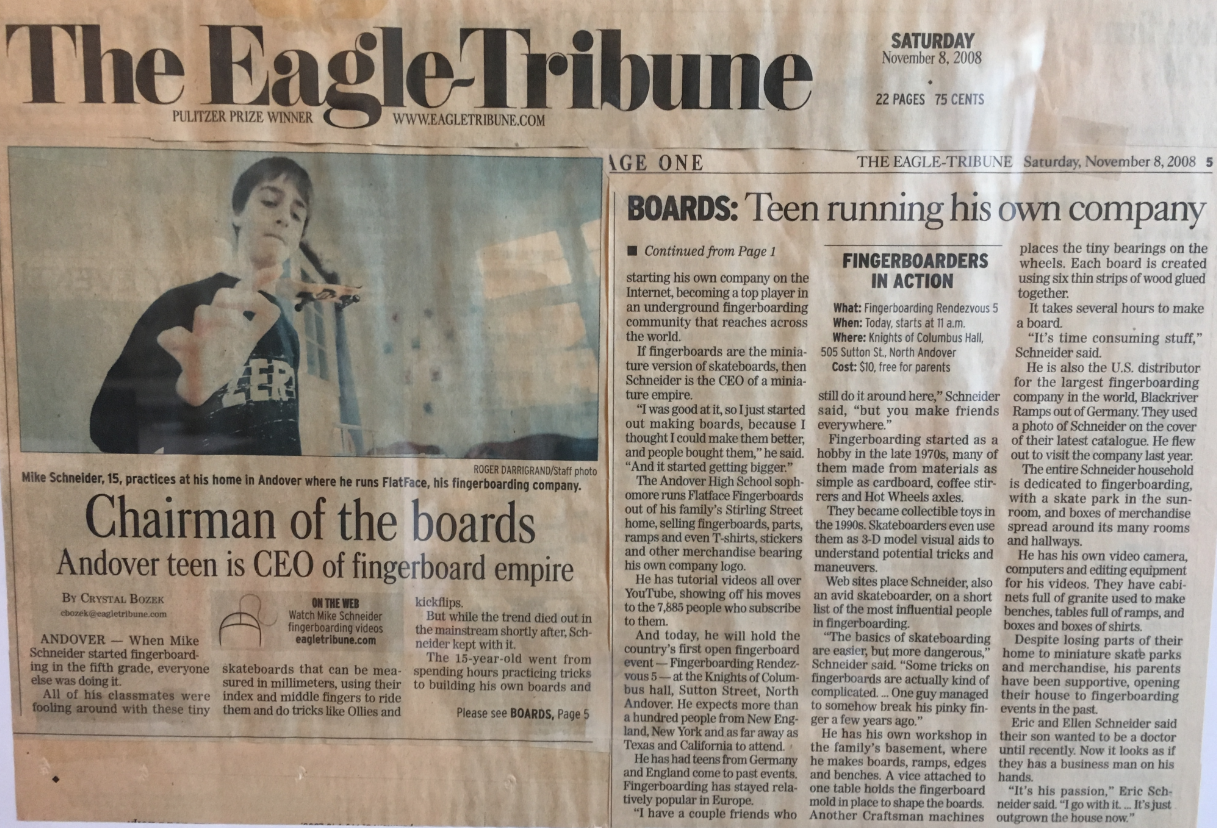 When looking at Flatface now, I, and along with many other people are blown away by Mike's success. His shop now not only contains his own products, but it contains products from other companies in which he distributes. His popular bearing wheels are almost known throughout the entire fingerboarding scene, as well as his company. It's safe to say Flatface is here to stay.

Mike Schneider, 16 years old, runs Flatface. I don't see how he has any time for school, let alone fingerboarding. This however, didn't happen over night.

Flatface started in 2003, selling grip tape. According to Mike, he barely got any orders, but that didn't stop him. Slowly he moved onto decks, which he was most known for for a while. Meanwhile, for a short period of time, he started a separate grip tape company called Eulogy. This according to Mike, only lasted about a week week =[. Not being phased from that, he kept on making decks. Over the years, he went through what seems to be 100 generations, but in reality was only 9. The decks improved greatly, and he began making lots of sales. Unfortunately in 2006, he stopped making decks due to having no time and no good mold (according to him, but many people would beg to differ).

Mike then released his greatest product ever; the Flatface bearing wheels. The wheels started out as a prototype as most all products do. These were small, white, and bearingless. According to Taylor Rosenbauer in his review, "These are the most incredible wheels i have ever tried". Little did we know that they would become even more incredible. Then came G2 wheels. These were very popular. They came with or without bearings, and were very smooth. G4 wheels were even more of an improvement. These were wider, more rounded, and had bearings as well. G5 wheels, you guessed it, were even better. Made of a different material, these were more rounded and a little narrow. Just when people thought they couldn't have gotten any better, Mike released the G6 wheels in 2008. These were named G-A and G-X after the materials it was made out of. They came in red and blue, and were smoother and faster than ever. Presently, Mike is selling different variations of the G6s, which are in various colors such as clear, black, amber, and solid white. He has since released the G7 wheels, which are exactly like a skateboard wheel and are the most durable wheels around.

Flatface is a one of a kind company in the American fingerboarding scene. Not only does he make his own products, but he also sells other companies products including world famous company; Blackriver-ramps. He is the first company in the U.S. to sell BRR for other people in the U.S. cheaply. Probably the biggest accomplishment for him is that now his wheels are being sold in the BRR web shop in Germany. His company has grew in both America and Europe.

There is nothing more to say about Flatface, other than it's one of the most legit companies out in the fingerboaridng scene right now. It's been around for a while, and Mike knows what hes doing. So, check out his site (www.flatfacefingerboards.com) for all your fingerboarding needs. Mike always has plans for upcoming products so keep your eyes out, and check his site from time to time.